Bash is a free software means no restriction to use and develop. bash incorporates features of Korn shell and C shell.
Features of bash are command history, unlimited size, control over job, shell functions, interactive, case statements, loops, conditional statements etc., Since it is free we have freedom to copy, modify and redistribute

UNIX has lot of shell types. each one is used for different purposes, namely sh,bash,csh,tcsh,ksh,zsh

sh or Bourne shell – It is used in UNIX system, it is a basic shell and will less features
bash – Bourne again shell – It is standard GNU shell probably most used shell in Linux it is flexible. It is advanced and user friendly shell , most of the user prefer the bash shell.
csh – C shell, it is used when a programmer executes C language codes.
tcsh or TENEX C shell – It is a superset of C shell, enhanced features for user friendly also called as Turbo C Shell
ksh – Korn shell , it is a superset of Bourne shell
zsh – Extended bourne shell, it includes features of bash, ksh and tcsh

The /etc/shell shows the available shells on a Linux machine

However user can switch between the shells

4. How to execute shells

Shell script can be executed in various ways, we are going to see shell script basics

sh filename.sh
for i in cat file; do commands; done

A command is being executed, Success will return value 0 and other than zero means it is wrong comamnd or unsuccessful, The executed command can be validated by using echo $?

We could see the value 0

We could see the value 127 which is unsuccessful

A good script will be without errors and perform the task, Script should be resuable scnerio and avoid unnecessary write ups

use vim editor for the color difference, vim enhanced useful to verify whether it is a keyword or variable or a command

Inputting the variable at run time

In the above example read is the keyword used which is used to get input variable at runtime.

Define variables in the file

We can set the standard variable in the file itself

In the above example we have set the NAME value is BALA, instead of asking inputs at runtime.

The below example i have created a file called cmds, which has the set of commands that has to be executed

In the file cmds to get executed the command at a time, for loop is used, cat cmds will list the file, the variable for i is the input of the cmds file. it is executed one by one line until the end of the file.

We are going to see simple if condition, lets consider A=10 and B=20, with simple If condition we can get which bigger using the shell script basics 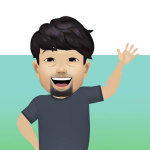